Hii! I am Deepjit Karmakar and today here in this article i am gonna tell you that why Singapore is so rich and developed. So, without wasting time let's get started. 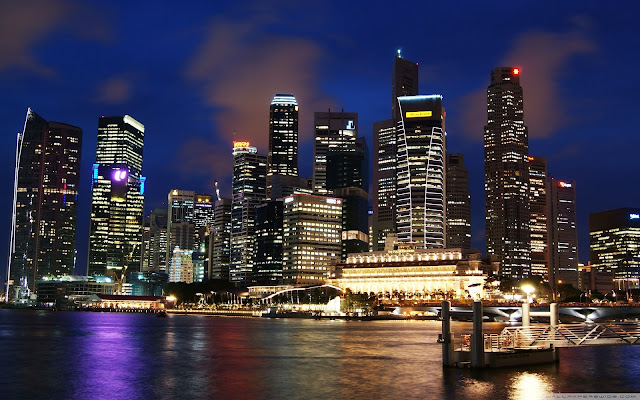 Singapore is a tiny country, so tiny you can drive accross the island in just one hour. Despite its size and lack of natural resources, Singapore's 5.6 million people enjoy one of the highest average incomes in the world, ahead of countries like Germany, France and Japan. So, how did this little island get so rich?
Xiaomi 11 Lite NE 5G (Diamond Dazzle 6GB RAM 128 GB Storage) | Slimmest (6.81mm) & Lightest (158g) 5G Smartphone
Explained:
Singapore doesn't have resources like coal or oil but it does have something which countries can't buy, location. The island sits in the middle of an important trade route connecting Asia to Europe. That's the key reason why the British decided, back in 1819, to set up a colony in Singapore. Location isn't everything though. There are several countries nearby that could have made use of their whereabouts, but they weren't quite as successful. That's because there are other ingredients that go into this crazy rich Singapore recipe. 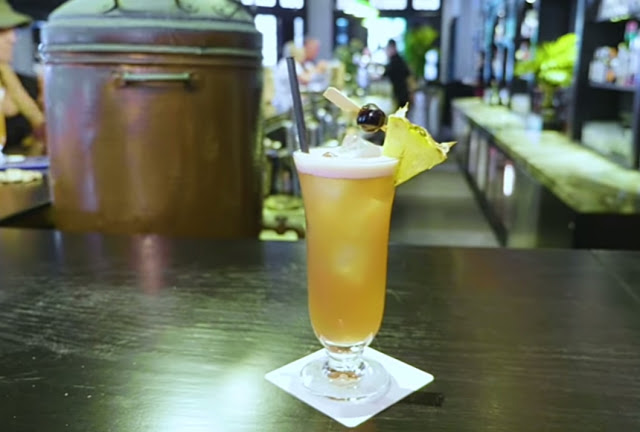 I were at Raffles hotel, which is one of the most prominent icons of Singapore's colonial history. Unlike some of it's neighbours, which wanted to seperate themselves from their colonial histories, Singapore kept close tie with Britain, even after independence in 1965. That decision announced to the rest of the world that Singapore was open for business. That's important because we know now that exports help to grow and expand an economy.
Fossil Chronograph White Dial Men's Watch-CH2882 Amazon's Choice for "fossil watch for men"
But back then, it wasn't conventional wisdom. Singapore, Hong kong, Taiwan and South Korea become known as the four Asian tigers, which have grown rapidly since the 1960s. Their rise was fueled by exports. Industrialization and more crucially, big doses of government intervention. This was especially true for Singapore. Labour strikes were common on the island in the 1960s, even with unemployment. On top of that, there was a houseing crisis, with Singapore being home to one of the largest slum settlements in the world. So how do you build a more disciplined labour force to attract investment? Well, you give them something to work for, like a house of their own, which is why one of the first government agencies set-up was focused on building affordable public houseing. While just 9% of the population lived in public houseing in the 1960s, that figure stands at more than 80% today, add in greater employer rights and strikes become extremely rare. At the same time, the government attracted foreign investment through tax incentives, growing the economy and easing unemployment, which fell from an estimated 14% in 1959 to 4.5% in the 1970s. By the 1980s, Singapore was a regional manufacturing hub, and it was the world's biggest producer of hard disk drives.
Titan Smart Smartwatch with Alexa Built-in, Aluminum Body with 1.32"Immersive Display, Upto 14 Days Battery Life, Multi-Sport Modes with VO2 Max, SpO2, Women Health Monitor,5 ATM Water Resistance
But today, manufacturing makes up only about 20% of Singapore's GDP. 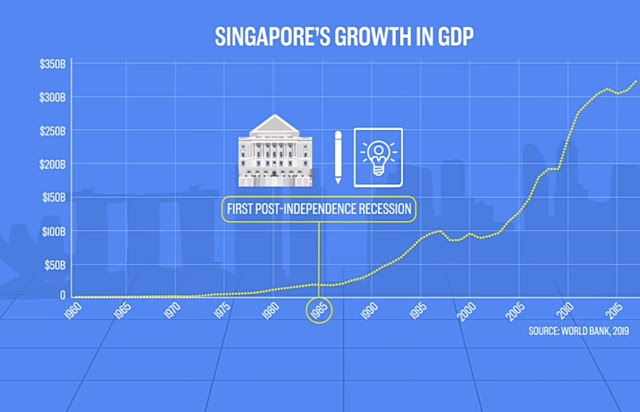 Take a look at Singapore's growth in GDP. You can see two big surges, one beginning in the late 80s and another at the start of the new millennium. Ironically, Singapore has a downturn to thank for that. You see, in 1985, Singapore went into its first post-independence recission, promoting the government to introduce new measures. State owned companies like telecommunications were privatized to make them more competitive. Then at the turn of the century, service industries like finance and insurance were further liberalized. That openness helped to Grow the share of services from just 24% of GDP in 1985 to more than 70% in 2017. Multinational companies began to setup regional headquarters in Singapore. That attracted even bigger players, boosting  Singapore's attractiveness to corporates and in turn it's GDP. Now, Singapore is ranked as one of the world's easiest place to do business.
OPPO F19 Pro + 5G (Fluid Black, 8GB RAM, 128GB Storage) with No Cost EMI & Additional Exchange Offers Amazon's Choice for "oppo f19 pro+" 13% off
Singapore has been praised for transforming itself from a developing to a developed economy.

Do most Singaporeans feel rich ?

Well, not exactly. Two of the most important reasons - 1/ High cost of living and 2/ Inequality. For five years in a row, Singapore has been named as one of the most expensive city, ahead of Newyork and London.That's largely because of taxes on cars, making Singapore the most expensive place to buy and run an automobile. It's also the third most expensive place on Earth to buy clothes. But personal care, household goods and domestic help in Singapore tend to be less expensive than in other major cities. While Singapore is rich in terms of GDP per capita, the median monthly Salary is $3270.
That doesn't sound too bad, but about 20% of that goes into a mendatory savings account. You can use that account to pay for medical bills, housing and education. But it does restrict the purchasing power of the population. You have probably heard the movie Crazy Rich Asians, which was set here in Singapore. And it's no wonder. Because Singapore has about 184000 millionaires, making it truly the land of crazy rich. That's good news, but Singapore has a fairly high rate of inequality, compared with other developed countries.
Oppo A54 (Crystal Black, 6GB RAM, 128GB Storage) with No Cost EMI & Additional Exchange Offers 6% off
Are Singaporeans really so rich? What do you think about Singaporeans, Comment your Suggestion below 👇