the main objective of a business is to maximize the owner's economic welfare. the firm makes investments to maximize stockholder's wealth. after identifying attractive projects the firm considers various methods of Financing them. in addition to debt and equity financing, leasing has emerged as a third important source of intermediate and long-term financing of Corporate Enterprises during the recent few decades. it is widely used in western countries to finance investments. prior to 1950, leasing was primarily concerned with real estate, I. e. land and buildings. but today, almost all types of fixed assets can be leased. in India, leasing is a recent development and equipment leasing was introduced by first leasing company of India Limited in 1973 only. since then a number of medium a large sized companies Financial Institutions like ICICI, IRCI, SICOM and GIC have also entered the field of leasing. 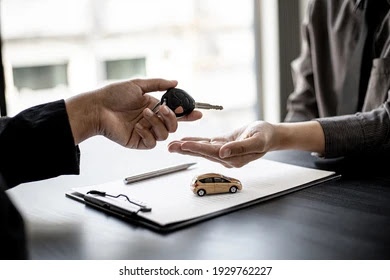 leasing is an arrangement that provides a Farm with the use and control over assets without buying and owning the same. it is a form of renting assets. lease is a contract between the owner of the Asset (lessor) and the user of the acid called the Lessee, whereby the lessor gives the right to use the asset to the lessee over and agreed period of time for consideration called the lease rental. the lease contract is regulated by the terms and conditions of the agreement. the lessee pays the lease rent periodically to the lessor as regular fixed payments over a period of time. the rentals may be payable at the beginning or end of a month, quarter, half- year or year. the lease rentals can also be agreed both in terms of amount and timing as per the profits and cash flow position of the Lessee. At the expiry of the lease period, the acid reverts back to the laser who is the legal owner of the Asset. however, in long-term lease contract the Lessee is generally given an option to buy or renew the lease.

(1) No. Of Parties to the Contract: There is always two parties to a contract of lease financing.
(2) Asset: The subject matter of A lease financing contract may be an asset, property or equipment e. g. plant and machinery, land and building etc.
(3) Consideration: The right to use an asset is given to lessee for consideration called the lease rental. lease rent is determined by the lessor taking into consideration the capital invested in the Asset, depreciation, interest on capital, repairs ect.

(4) Lease Period: A contract of leasing is usually undertaken for a fixed period (number of years). it may sometimes spread over the entire economic/ useful life of the Asset. at the expiry of the lease period, the acid reverts back to the lessor who is the legal owner of the Asset.

(5) Use V/S. Ownership : During the term of lease, ownership of the Asset remains with the lessor where as the possession aap acid lies with the lessee. he is allowed to use the asset during the tenure of lease agreement.

(6) Termination of Contract: The lease contract comes to an end after the expiry of lease period. after termination-

Features of A Lease Contract/Agreement: