5 Features of Debenture or bond

Unlike shares of stock, debenture or bond is a creditorship security with a fixed rate of interest, fixed maturity period, perfect income certainity and low risk of capital. The salient characteristics of debentures are as below. 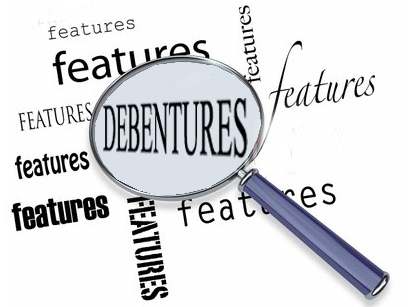 (1) Maturity : Although debentures provide long term funds to a company, they mature after a specific period. Generally, the debentures are to be repaid at a definite time as stipulated in the issue. The company must pay back the principal amount on this debentures on the given date otherwise the debenture holders may force winding up of the company as creditors. However, a company may issue irredeemable or perpetual bonds or debentures which have no maturity date. The effect of issueing irredeemable debentures is that they do not have any Fixed time limit within which the company must pay back the principal amount of debentures and hence the holders cannot compel the company to pay them. But, in does not mean that the company can never redeem these debentures. In that sense, all debentures are redeemable or mature at one time or the other. The various methods for redemption of debentures have been discussed separately under the heading of extinction of bonded indebtedness in this very chapter.

(2) Claims  on Income: A fixed rate of interest is payable on debentures. Unlike shares, a company has a legal obligation to pay the interest on due dates irrespective of its level of earnings. Even if a company makes no earnings or incurs loss, it is under an obligation to pay interest to its debenture holders. The default in payment of interest may cause winding up of company because the debenture holders may take resource to law for the same. in any case, bondholders have priority of claim on income of the company over equity and preference  shareholders.